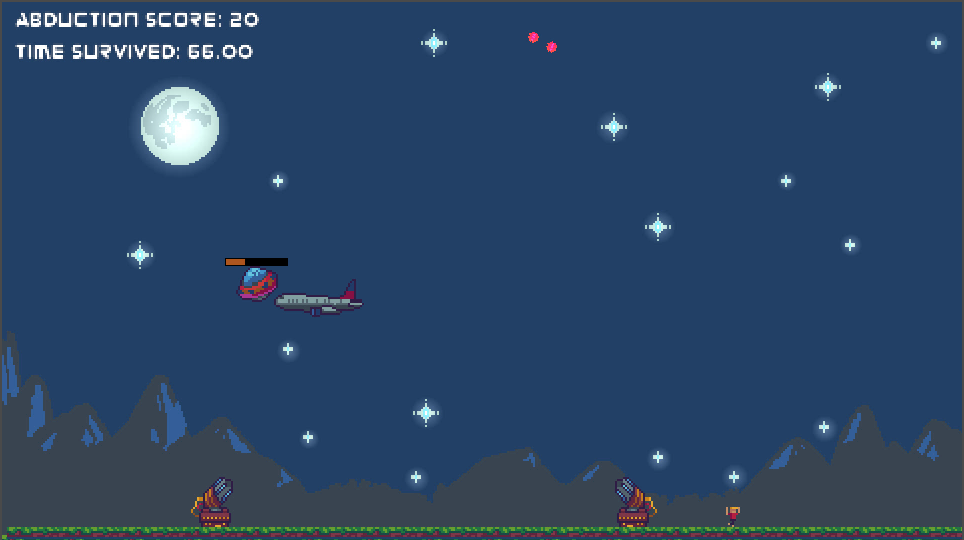 The deadline came, and I had the game as good as it was going to get. Okay… maybe not as good as it was going to get, but for the deadline, and requirements, anyways. I feel like the timer loops could have been adjusted a bit better, but I’m still very happy with the end result of the game that I entered into the OperaGX Game Jam Competition. It came out exactly as I had envisioned it the first night I settled on the gameplay style for the game.

The only real changes to the final version were the initial screens of the game, where the “Credits”, “Thanks”, and “Instructions” texts are displayed. Other than that I tweaked the playback volume of the sound effects some more, to balance everything out a bit nicer. Also, added the main track for the background music used in the game. What is a video game without any background music to play to? I was limited to deciding on a single track. The entire game needed to fit within 5mb after compiling to HTML5, per the game jam rules/requirements. You can see the name of the song by, “Ozzed”, on the credits page of the game. It’s his track titled “Failen Funk”, from his “8-Bit Run ‘n Pun” 8-bit chiptune album. Ozzed makes some great chiptunes, so if you are into that sort of thing, you can check his work out at, https://ozzed.net/

I made one other small change to the projectile sprite. I felt it was not as visible as it should be. I tried adding the glow effect, I had used on the moon and stars earlier on to brighten it up and at a flicker effect, but that was far more work than I had anticipated for a last minute addition. So for that, I simply added an extra frame to the sprite animation with the projectile a lighter color than the first frame, to give it a flickering/flashing effect when played. You can see that in the video below, or by playing the game itself. I should mention the video below was recorded after the fact of entering the game into the game jam, but it still shows the final result for the contest.

After that, it was a matter of waiting to see who won the contest, and sharing my entry over social media, to friends/family, and everyone who helped out with the game. I’m writing this post as of 9/21/21, and they just finally released the line-up of the top 8-4 games(as of 3 hours ago), but are keeping the top 3 games a secret for now(only the judges and the game creators know where each game landed in the end). We know the titles of the top 3 games, just not the spots they made it into. The game I voted on personally, called Operius(https://gamejolt.com/games/operius/638794) is in the top 3, and I hope it makes it to first place. It is easily my favorite out of the top 8 line-up of games.

Unfortunately my project did not make it into the top 8 line-up of games, or even into the top 100 for that matter… But, I’m not letting that get me down! It was a great project to work on, and sparked my passion for game design and development once again. It pushed me mentally and creatively, while learning GMS all over again, and putting together my first game in years, All of this has lead to me creating this website, and my other website for the Indie Game Design Studio I’m currently working at getting off the ground, you can view here, https://brainwavecreations.com/ if you like :). I’m not giving up, and not giving in. I will do everything I can to make this dream of mine a reality. I wish I had started much sooner, like 15 years ago… But, it’s better late then never, as they say.

With all that said, if you read through my development process here or on my other website, I would like to give you a warm, “Thank You” for the support. There will be great things coming up in the future, you can count on that! The take away is never give in and never give up on your projects, or your dreams. Keep on getting after it. You may fail many times along the way, but learn from those failures. Find the good things you’ve learned from your failures, trials and tribulations, and keep pushing forward. Apply the lessons you’ve learned, and progress each day. That is what life is really about, right? At least, for me that’s the way I see it 🙂

You can also play my entry into the competition here: https://gamejolt.com/games/ufo_abductions/638754