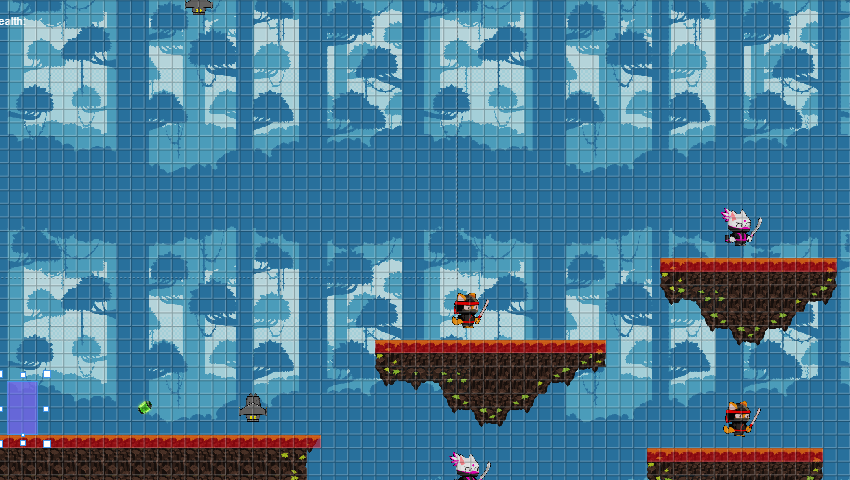 My websites have been long overdue for a bit of an overhaul, and provided with some updated content. The latest blog post before this one, was way back in January. Almost half a year ago now… My, how the time flies! It’s been a crazy year, so I’m not surprised the time has flown by. Now more than half way through the year 2022 already. This post going live on June 20th, 2022. I hope everyone has been doing well! It feels as though things are starting to return to normal a bit, as far as the Covid-19 pandemic goes. But, in other areas of the world news, not so much… But, I’m not here to talk about my thoughts regarding that, with you all. I’m here to help spread some hopefully more positive news about the first series of Video Game Design & Development tutorials I’ll be creating real soon.

It’s been a hectic few months. Since April, it just seems to have been one thing after another. If it is not my local Internet Service Provider(ISP) & Home/Office Network giving me trouble. Than, it is my web host, and server issues on the backend. I have just wrapped up a full server migration with them over last week/weekend, after a client with another hosting company on the server was doing questionable activities. I won’t go too deep into that but, I’ll just say the words “Phishing” and “SPAM”. Moving forward all of the websites hosted through my rented server space should be loading faster, and become much more stable. I will be performing some updates across all of my websites today, including a bit of a face lift as far as the home page sliders and images go.

Back in April, I threw together a platforming game in 72 hours for the “Ludum Dare 50” Game Jam. Which took place during the weekend of April 1st, through to the 4th. It had been almost 2 decades since I had taken part in a Ludum Dare Game Jam. Not having joined in on the event since my teenage years. I couldn’t possibly pass up such a momentous occasion like the “50th” Ludum Dare Challenge. The game I developed and entered into the challenge, was focused around the main protagonist “Teddy”. A teddy bear with some very bad habits…

Shortly after the deadline for the Ludum Dare, and throwing in my entry. I decided to use what I had put together within that 72 hour Game Jam time limit, and expand upon it. Using it as the base, for my first series of educational videos teaching the ins and outs of developing Video Games within Construct 3. I do plan on teaching Design & Development of games and applications in other engines over time as well. Including 3D Game Design, which should be exciting! After helping replace the roof over my current living space, fighting with Network issues, and spending three weeks on another hectic Game Jam(sleeping only 20 hours during one 7 day stretch of it). I’m back to spending most of my active time, working on this Platforming Game. Then onto the Educational Tutorial Series once I feel the game has been developed enough, and most of the bugs exterminated. In order to keep a long series of videos going with regular momentum. I have two domain names set aside for my own educational platform in the future as well, https://gamedevworkshop.net & https://gamedesignworkshop.net

Starting with the base game, which was completed over that sleepless weekend. I scrapped pretty much all the actual functionality, that I had developed. Leaving just the base character, enemies, items, their animations, certain behaviors, etc. Then set about recreating, and redesigning the entire visual Event Sheets which Construct 3 uses for the technical development side of game/application creation. It’s very much like JavaScript, but in very easy to read visual form. JavaScript being the backend which Construct 3 runs on. By far it is the easiest visual system I have ever seen in a 2D Game Engine, and I have used at least a dozen over the years. Everyone has their own personal favorite tools/applications, and it’s all about finding the engine that clicks best with the way you think and visualize concepts & logic. There is also the ability to script custom addons, event blocks, etc, using JavaScript directly. In the case of using the Visual Editor, you put to use Event Blocks, Conditions, and then corresponding Actions which will take place once the Conditions you setup have been met.

I’ve put the whole project back together much more organized, thought out, and stable way, compared to the mess it started out as. Coming also, with the fresh name of, “Teddy’s Adventures”. And, I’ve been adding a ton of new gameplay mechanics each week. I’ve since added in a bunch of Player States & Animations including Running, Gliding, Jetpacks, Wall Sliding & Jumping(Think: Mega Man X), Edge Grabs, Running into a Slide Attack, Combat System, Basic AI, Collectable Power-Ups, and much more. There is also a rolling ability to dodge incoming attacks. The rolling ability is not shown in the video below, but is in the previous video from a couple weeks back on my YouTube Channel.

Overall, the main player, “Teddy” has 47 animations and counting as of this point. Not all of them have been implemented as of yet. So you will only see some of them in the YouTube Video embedded below. I still need to find some Licensed Sound to use for sound effects throughout the various abilities, combat, attacks, flying, landing, etc. I’m looking to get started on the tutorial series as soon as I can, but unfortunately do not have a set ETA, or deadline. I’m also planning a move to a new location, hopefully this year, and have also been getting things ready for that. Lightening the load before I embark on a new chapter in this life.

For the time being. Please enjoy the screenshots, and brief gameplay video below. Also, keep and eye out for the educational video series coming soon! 🙂