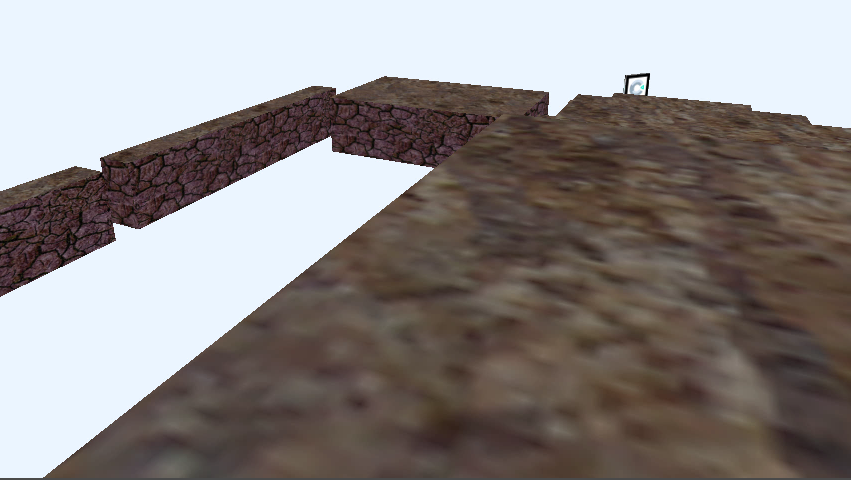 So, if you already use Construct 3 as your base to create your own video games, you most likely already know all of this XD. I’m just going to cover some of the recent updates to Scirra’s application. The main additions over the last several beta releases(r260-r264), have added a host of new objects and features to enable easier 3D style game design and development.

Scirra sends out an email each time they make an update to Construct, and the last few have been really exciting. Firstly, it begins with r260 where the dev team added a feature to easily edit the “Z” Elevation of each layer of a level. The “Z” level is the distance of that particular layer compared to the camera view. Basically, allowing you to move each layer closer to or farther away from the Camera View/Viewport. You can think of the “Camera View/Viewport”, as the area you see while playing any particular game. You most likely have seen “layers” while playing games in the past or current, especially 2D games, especially platformers. Most of them will use a parallaxing scroll effect as well, where each layer scrolls at a different speed comparatively to the other layers. Think of a game like Super Mario Brothers on the SNES console back in the 90s, there is a layer that is placed in front of the Mario. Objects on that layer cover over the player and move faster than the background layers. Then the background layers are behind the player layer, and scroll at different speeds to create a fake 3D effect. Being able to edit the “Z” elevation of layers will literally allow you to create a 3D view of your game using 2D features, where certain layers are closer to the camera, and others are farther away. Use that, along with scrolling speeds on your layers, and you can make some amazing looking effects in your games. You can view a video displaying this in the built in “Kiwi Story” Game Demos here, https://www.construct.net/en/make-games/releases/stable/r260?utm_source=sendgrid&utm_medium=email&utm_campaign=marketing

In revision 261, there were mainly some performance updates made to the Construct 3 application. They added a new auto-tiling at runtime feature using the “Tilemap” object. This basically allows you to update the tilemaps used to create level layouts at runtime. Also, adding a new BBcode tage for line Thickness in the Text object, allowing you to control the thickness of a stroke, outline, and underline of text in-game. The Android exports were also updated to Cordova Android 10.1.0, which was a major update from the previous 9.1.0 version of the OS(Operating System). The updates to the Android 10.1.0 allow applications to run over the “https:”, or “SSL/TLS”(Secure Sockets Layer/Transfer Layer Security) protocol, while iOS for Apple devices run using the “app:” protocol. This basically allows for better security at runtime, and increases performance/compatibility. The spritesheets, which are auto generated at project compilation, were also updated to rotate certain images on the sheet to a 90 degree angle, thus reducing spritesheet size/memory usage by up to 30% in one case. This makes any games compile, and run more efficiently, as well as take up less space/memory on devices(another increase in efficiency).

r262 brought in the really exciting addition of the “3D Camera” object/plugin. This allows you to set your camera to move around in a 3D layout(only on 3D layers). This was another step to move away from purely faking 3D effects, and moving into real 3D environments and camera views. They also added a First Person Platformer example to show how this new addition could be used in any game project. The engine itself largely still works in 2D, but this allows for a lot of new additions to use 3D features in new games. There are a handful of other updates in r262, I won’t dive too deeply into, as the “3D Camera” object/plugin was the biggest addition.

When revision 263 came around, the main addition to this version of Construct 3 was “orthographic projections” with the 3D Camera. If you don’t know what “orthographic projections” means, you can Google, it and find a Wikipedia article on the visual effect that goes into great detail. It basically allows games in isometric, and other views to be more easily made using the software. They added multiple examples you can load to see how to use the 3D Camera with some simple actions to jump up and down on the “Z” axis of the player. There was also an interesting “Ground Shift” template added to the “Start page” of Construct that uses the new 3D features to show some cool effects that can be had using the new features. Along with that, there was a host of other additions, and bug fixes to Construct 3.

The biggest addition to 3D effects & features of the engine, and the one I am most excited about was added into r264(currently the latest revision as of writing this article). r264, added support for “mouse look” using the 3D Camera object. The Mouse object now supports “pointer lock”, which basically removes the mouse pointer/cursor, and locks it to the center of the “Viewport”. Also added in this revision, was Rotate Camera action. These both allow the player to stay in one spot(or while moving), and look around using the mouse movement easily, such as in FPS games. Allowing a full 3D Camera to be implemented into your game fairly easily. The “First-person Platformer” example included with the r264 version of the engine was also updated using these new features. I’m placing a video, and a couple screenshots below to show what that may look like in your game. Other than that Scirra made some adjustments to timelines, and a bunch of other fixes, and performance enhancements for your games. If that doesn’t get you as a game developer excited, I don’t know what will.